Last week, I've read two stories which weren't great, both in plot and in page count, and since I don't have a lot to say about either, I'm simply adding a small comment post about them.

When a World’s Fair Guard and the woman doctor assigned to treat him square off in the White City, a storm is brewing…
Hunter Scott is one of the elite. An 1893 Chicago World’s Fair guard specifically chosen for his height, physique, character, and ability to serve and protect. When he is overcome with debilitating abdominal pain, Hunter stumbles to the Fair’s infirmary only to discover the doctor is female—who ever heard of a female doctor? But even worse, she has the nerve to diagnose him, the toughest man west of any place east, with constipation—an unspeakable ailment in mixed company. What will happen when this tough Texan and attractive doctor face off? Either way, a tempest is brewing...

Comment: This is a very small snippet, around 30 pages so I can't even think of it as a short story. I got interested in it because I've read the first book in the series and the couple featured here had an appearance there and I was curious enough to want to read more about them. The second installment will be their full length story but this snippet was available and it wasn't expensive, so I decided to give it a go.

It's nice, for certain, but so short that it doesn't give more than one or two scenes on how the main characters meet and how the relationship between them starts. I suppose it starts the tone on how things might evolve, we do get an idea of their personalities but nothing is developed. It was just an original introduction on how they meet. I'm still curious about their romance, though... 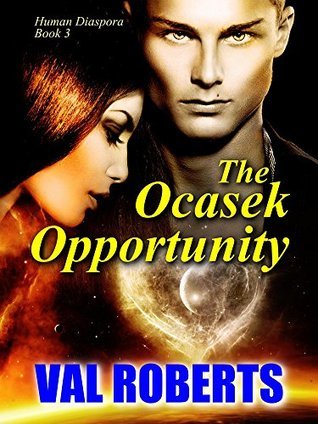 Where do you hide in space?
On the courier ship ferrying The Hero of Ararat, the Dragonkiller and their daughter, Ekaterina ‘Kat’ Avondale, from the Saurian homeworld back to human space, newly promoted third-shift commander Stephan Ocasek has found a sneaky ion trail. They are being followed. No, not followed, hunted.
Not by Saurians, since they’re flying an honor escort. Not by humans, because the engine signature is all wrong. When they detect a comm signal that Kat recognizes from Saurian history, they know the Ancient Horror—the species that nearly ended Saurian history a couple of millennia ago—has returned, and it knows where they’re going.
The Saurians sent a suicide ship into a black hole to stop it last time. This time, all they have is Stephan’s reflexes together with Ekaterina’s calculations to save two of the three known sentient species in the galaxy. And even if their plan works, they might not survive long enough for him to finish teaching her how to be human.

Comment: This is the 3rd installment in the Human Diaspora by Val Roberts. I really liked the first book but the second wasn't as great.

In this sci-fi world, there are different beings and planets in the universe and a lot of details pertaining how everything works. The hero is related to previous characters in the other books and he embarks on a special mission while helping the heroine to explore her human side.

I'll be honest, this story felt very out of place, I struggled to remember the events of the other books and why certain things were important. I ended up with the feeling this story was more focused on the hero's mission than in the romance and the development of their personalities and personal lives. Of course one can defend this was what mattered but I can't avoid comparing with the other stories and how those felt more balanced. The romance, in particular, was very basic and superficial here and I'm sure I won't even remember the characters' names in the near future.

I just didn't get the same vibe of the first book, with a good premise and development and a romantic relationship which progressed in a cute manner. I think the ideas for that do exist in this book but the execution didn't win me over and I didn't connect with the characters. Their backgrounds are special, different, the way they interact with so their family members was included so there was plenty to develop this into something romantic, special, emotional... but the focus is on the mission, which is fine, but then, everything else felt under developed.