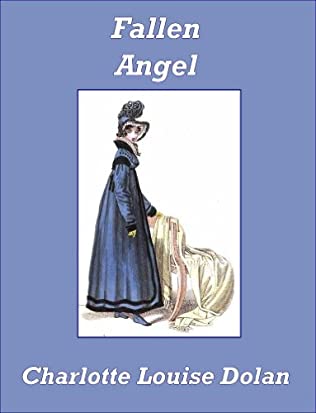 It was simple for Miss Verity Jolliffe to find out a great deal about Gabriel Rainsford, Lord Sherington.
His good looks and wealth were evident His arrogance and ruthlessness were legendary. Still, a question remained. What could Sherington see in a modest young lady like her, when he had the voluptuous Eleanor Lowndes as his mistress, and the most beautiful belles of the town eager to be his bride? Did he want her as a plaything for his jaded desires? Or as a wife in a mockery of a marriage? Or as a means of revenge on all womankind? But whatever he wanted, Verity feared that one thing was certain. Caught in his spell, she would find it heartbreakingly hard to say no....

Comment: I had seen this book being recommended somewhere back in 2017, when I also added it to my TBR. Finally, I was able to get the new ebook edition available on the online store I prefer, since it seems the printed edition can be hard to find at a reasonable price...

This is the story of Gabriel Rainsford, lord Sherington, a man not may like but due to his wealth, many wish they can be close to. The fact is that Gabriel is clearly not his father's son but because his half brother died, he was named heir, which added more wealth and influence to what he had gained on his own. However, his "family" doesn't care for him and only endures his presence for financial reasons and Gabriel is tired of all the demands, including those of his mistress. That is how he decides to check one of his proprieties up north and, on the way, he meets miss Jolliffe, an intriguing woman seemingly different from all the others, since she doesn't try to lure him or fall into his good graces. Her behavior makes him think of a sudden plan, something that could help him solve some of the annoying things in his life, but would he be successful?

I was positively surprised by this book. Of course I knew I might like it based on the blurb and the recommendations I saw but it was still a great surprise to realize this had very good elements and that I had a good time reading it. The experience wasn't perfect but I liked the majority of the time it took to read the book.

This is a story originally published in the early 90s, so some "traits" are to be expected, namely the way the story is told and some of the characters' attitudes, which, even though this is historical, always seem to include a little bit of the author's own time somehow. I'm thinking particularly on how the heroine (unkindly) thought about other women vying for her love interest's attention or how it wasn't such a faux pas to use certain words, etc.

The main character is Gabriel, a man who is used to not care about emotions or feelings, used from a young age to survive on his own, since his family has never been loving, on the fact he is certainly not legitimate. Circumstances now make him heir to a lordship and, added to his own personal fortune, he is quite the catch, even if many snub his origins, path in life and how he retains his wealth. I can see how he came to be seemingly uncaring and ruthless but the fun of this book is obviously how he proves to the reader he isn't the bad person other claim him to be and we see that by hie actions and his thought process.

It's true his decision to marry the heroine is based on a ridiculous idea - although not in his logic POV - but as he spends time with her and her horrible family, enduring boring and appalling behaviors, he slowly starts to care for her and wishes to change the way she is treated by others and sees in her many qualities. I think the romance is both sweet and practical but his POV on things makes for a often fun read.

I would say my biggest issue here is the heroine, in fact. She is sweet, considerate, clever, able to do her duties as a hostess, easy to talk to and all the kind of good characteristics which would make her a good person and a good woman. We often see this even more clearly when in comparison with other female characters, who exhibit the opposite traits, so she also seems an even better choice because of that. However, she isn't truly considerate at all times... she is also a product of who is writing, when and such because she doesn't always have positive thoughts about other women, relocating to the position of enemy or villain just because they are her counterpart. Another thing I found distasteful was how quickly she fell in love with the hero.

By following his thoughts, we knew what he was going through and why he went from one idea to the other. It was fascinating to see him experience certain things but the heroine, however, didn't go through the same thing. She took as granted from the first interaction they had, that she was falling in love. I mean, where is the fun in this, how could she do this without knowing anything about him, or facing the same doubts? I suppose the idea was to show her as being so good that she almost instinctively knew he would suit her. I found to be silly and made me not like the story as much.

The writing is superb, I loved how often certain passages were sarcastic or ironic and the words the author picked seemed to be perfectly chosen to give the best impact. I enjoyed this book a lot, if I focus on the elements I liked and as a whole, this was so, but it's a pity other details didn't feel as great.