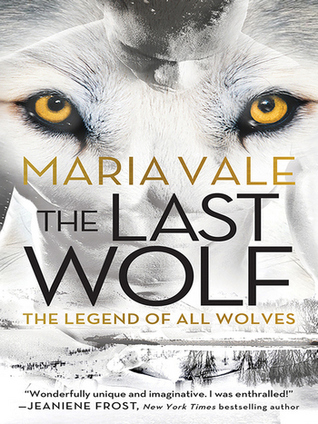 For three days out of thirty, when the moon is full and her law is iron, the Great North Pack must be wild.
If she returns to her Pack, the stranger will die.
But if she stays...
Silver Nilsdottir is at the bottom of her Pack's social order, with little chance for a decent mate and a better life. Until the day a stranger stumbles into their territory, wounded and beaten, and Silver decides to risk everything on Tiberius Leveraux. But Tiberius isn't all he seems, and in the fragile balance of the Pack and wild, he may tip the destiny of all wolves...


Comment: I'm a fan of shape shifter stories and in the paranormal genre this is the theme I prefer the most. However, these stories usually go towards certain paths that aren't always as great as I would imagine but after having heard so many positive reviews on this book from different sources, of course I felt curious enough to try it myself...

In this book we discover a new world where shifters exist in secret through the care and the secret of centuries, especially since a certain pack went to America in the 17th century to run from those who wanted them dead.
This story is set in the present and focuses on Silver, a smaller wolf who is considered the weakest of the pack and she knows she won't have many opportunities to go higher in the hierarchy but she feels content to be part of the pack.
Wolves can turn into humans, so called "skins" so they can have a disguise for who they really are but deep down their behavior within the pack borders is closer to the animal they are instead of their human side.
A being they can't stand is the shifter, someone who is half wolf, half human and who can more easily live as human. This story starts the day a shifter asks the pack for help and Silver accepts his request, to try to be a team in the pack or to be exiled if they don't succeed. Can Silver overcome the odds and be the wolf she knows she can be?

This was a fascinating story, that is true. I had a good time reading and I was curious to see what would happen the next page. I think the pack dynamics make sense in this world and I think the plot was predictable but still executed well, especially because of the little things the author did to make it a different type of shape shifter novel.
The problem for me was how difficult it was to empathize since most characters really showed a very small amount of human traits.

The narrator of this story is Silver, we get everything from her POV. She is a delight, that's for certain because she is a little naive when it comes to some interactions outside of pack behavior. We can understand she doesn't have such a high opinion of herself unless it's related to her knowledge of pack dynamics, pack history... but in relation to others she feels she can't measure up because she has a lame leg, is smaller, can't as easily get a human look... I obviously was rooting for her, because it's always very special to see someone considered inferior somehow to find inner strength and happiness.

Silver does manage this by pairing up with Ty, the hero. He is also very complex, has a secret and a disadvantage by not being pure wolf but I think their relationship developed at the right pace, in the right way for two people who have issues trusting what they don't know well. They were both brave and I liked how they did act as if they were a team, but when they were trying to prove themselves for the pack and later, when a battle of sorts was on going.

I think all the details about the pack and the character's actions were interesting, well executed, the explanation and characterization of what is a pack in this world also felt were well thought.
It's a pity, then, to think the characters are always a little distanced from the reader. It's not the fact one has to read between the lines or that some information is given in the amount necessary for that situation and other things come up later, this makes the story addictive and compelling to keep reading.

However, it's almost as if there's a certain tone in it, as if we are reading about an old tale, about things that cannot be recovered in the present, as if it's a fable. It feels as if these characters could all just disappear and nothing besides the idea of them would remain. I suppose I'd have liked the tone of the story to be more inclusive of happiness, of light scenes, of a bigger grasp on what makes those people special for one another. When they are human, it's like it's such a chore, such a hardship. I can understand why but this means it's difficult to have proof they are really following their feelings. They act so much like wolves, the rational acceptance of their human side is just too slim.
I suppose I'd have liked them to be more like the wolves in series where they are accepted, where the relationships are more complex than the basic wolf instincts.

There's a plot, actually, on going as well. It's related to the land where the pack is and the neighbor proprieties. I know this is here to explain why some scenes in the end happen the way they do but, personally, I think they could be easily avoided.
There's so much complexity already in the notion of this world with shifters and wolves in it, extra stuff is just distracting and over the top dramatic.

I expected more, I confess. I liked it for many details but still... I'll read the next one one day. At some point.
Grade: 7/10
Publicada por S. em Thursday, February 27, 2020
Email ThisBlogThis!Share to TwitterShare to FacebookShare to Pinterest
Etiquetas: Grade 7/10, Maria Vale