Josh McInnes’ biological clock is ticking and he wants to get married—now. After 20 years singing soppy love songs, he knows that there is no such thing as romantic love. There’s only hormones and lust. At thirty-five, he’s tired of his playboy lifestyle. He wants a wife who isn’t interested in fame, money, or romance. A sensible wife, who values commitment. He wants a partnership, a friendship, and none of the craziness that goes with falling in love. As far as he can see, there’s only one way to get exactly what he wants—he needs an arranged marriage.
Caroline Patterson terrifies men. With her no-nonsense attitude, and ice queen demeanour, she’s in control of everything—and everyone—around her. Her sensible shoes and grey skirt suits act like a force field, repelling male attention. At thirty-one, she can’t remember the last time she went on a date and is beginning to think she’ll never have a family of her own. When an American stranger approaches Caroline with a marriage proposal that resembles a business contract, she quickly accepts. She doesn’t expect romance. But she does expect to control each and every detail of their lives together. Because as life has taught her—if you aren’t in control, bad things happen.
…and you get romance Invertary style!
Josh and Caroline learn the hard way that falling in love isn’t something you can avoid. And it definitely isn’t something you can control. Their well laid plans are about to degenerate into chaos, as they fall in love the Invertary way.


Comment: I got interested in this book because it promised the idea of a story featuring two very different people, from different backgrounds and they would not only fall in love but also learn to be each others half while looking at their relationship as a business deal. I immediately imagined how fun and romantic this relationship could develop. I wasn't counting on how silly everything would be too.

In this book, my first by this author, we have Josh McInnes, a famous singer, hoping to find a bride since he doesn't believe in love and he thinks the women around him wouldn't be a good choice, he makes his manager find him one. Then comes Scotland and a castle he will want to use and also Caroline Patterson, a librarian and the person who will help with the castle's renovation plans. Or is it restoration?
Caroline is a sensitive but decisive e woman, she has no desire to give in to emotions so simply to gain powers over what can happen to the castle, she says yes to Josh when he proposes. Things should be very simple but nothing is simple about love and fighting it...

This had all the appeal of an opposites attract sort of plot and I was looking for to be dazzled by the romance, the interactions between them as they fell in love but the reality is, to my POV, this was not what the book actually delivered. I found the story to be so silly and unrealistic that I can't really say it was a serious story.

Perhaps I'm not the best target-audience for a comedy book and if that was the aim here, I guess I just didn't see the fun it it. If the book wasn't meant to be funny then it didn't have enough seriousness to make me appreciate all the quirkiness of the characters and the situations presented. Besides the fact a marriage of convenience in contemporary times being hard to manages, except if well thought and structured, putting that notion aside, the reality is that, for me, the relationship between Josh and Caroline just wasn't strong enough nor realistic to make me interested in them and in their challenges. This felt like a silly comedy and don't let me talk about the secondary characters.

The story basically starts with two strangers meeting and deciding on a marriage of convenience but obviously, this being a romance, we get the idea they are attracted and they see in each other something stronger even if they don't initially think of that. Is this believable? I can suspend disbelief enough in several cases but this is a contemporary, following the usual rules of contemporary romance, I just can't seem to "buy" how the development happened nor that the evolution of this relationship is anything more than unlikely.

The surroundings, the secondary characters, everything feels like it's an add on, meant to be quirky funny, special but to me it was so out of context that I can't see any reason for some things to have been included (like Josh's stalker, for instance).
The characters themselves were pretty superficial and I feel there was no real complexity to their personalities. What would make Caroline and Josh feel more realistic, like their pasts, their connections, all that is mentioned but not useful in any believable way to make them progress as characters. Just not well done enough for me.

The end is a happy one of course but sincerely I was more ready to finish the story than to hope for any real positive situations so I wasn't very focused on it. I think this was not a book for me, I've seen many readers liking it and saying why but...well, one less in the list for me.
Grade: 3/10
Publicada por S. em Thursday, August 03, 2017
Email ThisBlogThis!Share to TwitterShare to FacebookShare to Pinterest
Etiquetas: Grade 3/10, Janet Elizabeth Henderson 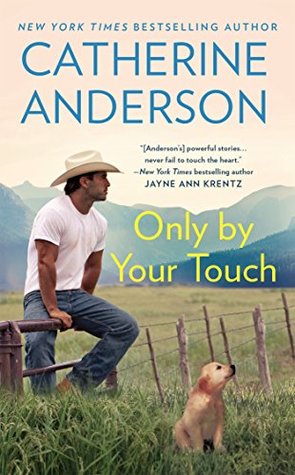