Nurse Trina Woods never really expected to make the reality-show cut for Rich Man, Lucky Lady. She's used to losing in love, and past believing in fairy tales. So she's sure the handsome plain-talking man she encounters on her lunch break is just a shy eccentric…Until he turns out to be reclusive award-winning musician “Art E.”  Soon his unique sensitivity and gentle ways are inspiring her to stand up for herself, take risks, and try one last time for her happy ending.
Tony Santangelo's special way of seeing the world helps him make connections others don't—and turn them into mega-hit songs. But he never realized how lonely he was until he got a glimpse of Trina's honesty and caring nature—and went way out of his comfort zone to find her.  Suddenly they’re the media's hottest new Cinderella story. And coping with his overprotective brother and overwhelming celebrity means he and Trina must face trouble head on, insist on their dreams, and write their own one-of-a-kind forever-after song…

Comment: I got interested in this book back in 2017, probably because I read other books at the time with a main character with Asperger and this one was suggested as similar; I can't remember if in a site like Goodreads or if by someone in the comments threads or something in another review site.

In this book we meet Tony, a man with Asperger who has a brain for music and lyrics and his brother (and guardian) Angelo has turned that talent into a business, for Tony is a songwriter and quite well respected. However, Angelo wants to marry and he thinks Tony might feel alone if he dedicates more time to a wife so he starts to wonder if Tony should find a girlfriend as well. Coincidentally, they all watch a new reality show where a rich man has a... unique way of revealing which women participants aren't there for true love but instead want fame or money alone. While debating this, they check other shows about to begin and there she is, the face of Trina Woods, whose bio is genuine and trustful and Tony wants to meet her. Then, a set of adventures begin for these two strangers about to meet...

In the beginning, I was enjoying this relatively well, the first three chapters were suggestive enough and I liked Tony and his unique personality. Yes, he has Asperger and he dedicates a lot of himself to his routines but he was also able to make friends and his unique way of seeing the world is what interested me, plus I'm always curious to see how authors develop stories (and romances) with characters having some sort of difference.

Sadly for me, that was the only part of the book I liked because from the moment the heroine is presented, I started to dislike this more and more. It's not that she is mean or bad but I simply couldn't sympathize with her. Her personality was not appealing to me and I couldn't see how Tony might like her when he would meet her. She is supposedly his better half because she tells the truth and she isn't a "gold digger" but while this last part proved right, I cannot agree with the "kind" personality. When the reality show is on, we see it through Trina's eyes and while the female contestants are being unmasked for their vain interests and negative traits, Trina is commenting, on her head, things about those women. Sincerely, it left a bad taste in my mouth and I couldn't appreciate how unfair she was to fellow women being exposed so unfairly on national TV.

Anyway, from then on, the book stopped being interesting to me. I kept hoping Tony an his own personality would compensate fo the things I didn't enjoy much but then the story went in a direction I was shaking my head at in almost every chapter. I got the impression things had to go that way because that was the author's goal and not that the story really needed that; I'm talking about the continuously repeat of how society sees odd pairings, in this case how someone with Asperger could be seen as "stable" enough to be in a relationship. The fact he was famous made the paparazzi follow them while they went out... everything felt so... exposed.

In a way, I could see how the main idea of this book could work but to me, the writing style also didn't work. The author did seem to have an intention in how and what he wrote and, f course, that is his prerogative, but the tone and the message weren't conveyed, in my opinion, in the best way. Often, there was misogyny, racism and politically incorrect content in many scenes which left me feeling uncomfortable. Having a quick look at the blurbs of the other books by the author, and by his bio, it's clear he is intent on writing about multiracial relationships and highlight them as something positive but I don't think that worked well in this book.

I can't give a personal view since I'm not in a relationship, but while the dynamics between Trina and Tony cold be seen as specific to them, the way this is written, I think it does give the impression that Trina is Tony's savior of sorts, in the sense that he only focuses his notion of love on her. Something about the whole thing doesn't feel quite right...

In the end, I think there were just too many details and scenes which I think failed in delivering the intended message/lesson. I suppose going chapter by chapter I could give more individual examples of when I felt this happened but let it just be said I didn't enjoy this story and much less the author's style and his attempt to send a message through his work. 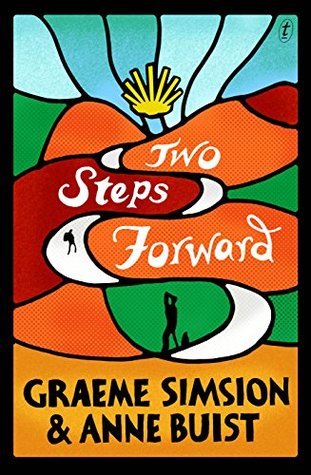 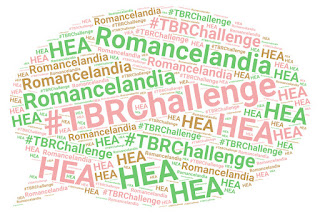